Blog: Illustrating the Impact of Music on Young Children, New Films from Awards for Young Musicians 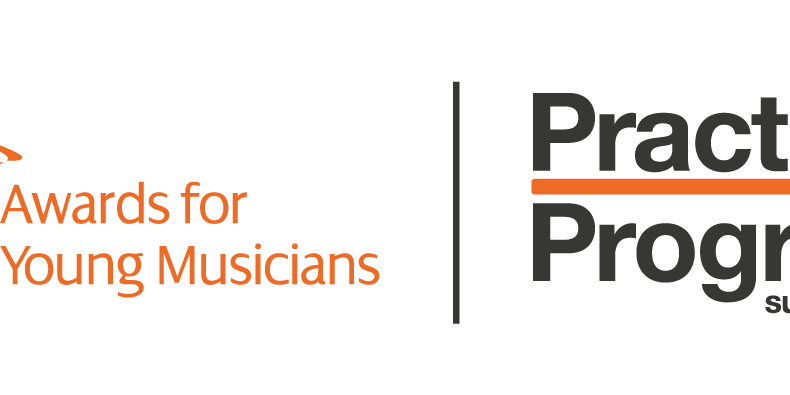 One of my first tasks when I joined Awards for Young Musicians (AYM) in June 2018 was to oversee the final edits of our new series of CPD film resources, Practical Progression. The films are an extension of AYM’s Furthering Talent programme, their aim being to share some of the learning from the programme with the wider sector, through identifying some of Furthering Talent’s key approaches and capturing them in a bite size film.

Production of the films was the responsibility of 16 Teacher Facilitators, instrumental teachers already working with Furthering Talent students and recruited from 5 Music Education Hub partners across the country, alongside my predecessor (who left me with some big shoes to fill!). About 18 months each Teacher Facilitator team recruited a local film company and worked with AYM to choose a key theme for their film. As with any project of this size, there were challenges to overcome and the process was ever-evolving: my new colleagues told me all about the ups and downs of bringing the films into existence. However, despite any difficulties along the way, the main thing that struck me when I saw the (nearly) finished resources was how fantastic they were. Visually they look great, with all the film companies doing a wonderful job of capturing the life and energy of the work – it’s this that ties all 5 films together. But more than this, I loved how the films capture the creativity, innovation and inclusive ethos that is at the heart of AYM’s Furthering Talent programme.

As they’ve all told me the production process was also a great learning experience for our Teacher Facilitators, really helping them to reflect on their own practice. Kathy Croft from Leicestershire told me;
“Working on Practical Progression was a huge learning experience. I enjoyed the teamwork (which can be limited as a peripatetic music teacher), the opportunity to discuss and evaluate, and the satisfaction of knowing that my small contribution fed into such a fantastic end product. I am proud that I put myself out of my comfort zone (such as narrating the film at quite short notice!!) but the positivity of AYM makes me want to say yes instead of no! Although I feel I already have AYM principles embedded in my own teaching (and have for many years), I am thrilled to have been part of a conscious effort to try to share these with others.”

As I watch each film, I find myself on a young person’s musical journey, from demonstrating those first signs of musical potential, to taking control of my own learning, through being supported to make the choices around progression that are best suited to me and to my individual musical journey. Each Hub has produced a film that looks at a different element of young people’s musical progression.

The Nottinghamshire film, Identifying Musical Potential, looks at identifying musical potential and how teachers can spot this in a child when they are working in a group setting. It challenges the concept that only a child who already shows some level of technical ability on an instrument has potential. Some children may not have had access to music lessons, so the film looks at other indicators of potential such as enjoyment, expression and memory.

Made in partnership with The North-West Midlands Music Education Hub, Personalised Learning looks at the Furthering Talent approach, that places a young person at the very heart of their learning. The film explores how to engage and motivate students by giving them more choice in setting their own musical goals. It introduces AYM’s Individual Learning Plan (ILP) and how it helps teachers find out about their students and what they want to explore in music. We also follow a violin player and his teacher as they record their own music for the first time.

Encouraging Diverse Musical Experiences was made in partnership with Leicester-Shire Music Education Hub. This film explores the benefits of providing a diverse range of musical experiences for young people in order to encourage engagement and enjoyment. The film focuses on musical diversity and shows three different ways of experiencing music via Leicester’s Sitar Society, a Turntablism workshop and a Taiko drumming performance. The film also speaks with a local studio about their inclusive approach to music making.

The final film in the series is called Exploring Musical Journeys. Made in partnership with Brighton and Hove Music & Arts this film meets two individual musicians and a band and explores their own musical journeys and the decisions that have affected their careers. It looks at the benefits of providing children and young people with a diverse range of musical experiences and some of the many career options that are available to them on their own musical journeys.

The film series was launched in November 2018 and the response from the sector has been overwhelmingly positive. Many of our partners have supported their dissemination through newsletters, blog posts and hosting them on websites. Part of my ongoing role is to continue looking for new channels to share the films through and any help anyone reading this could give us would be much appreciated. All of the resources are free to use, and I really do encourage you to take a look and share the films with your colleagues and contacts. You can find the films and a few words about each one here. We are also currently piloting an accompanying training programme once again developed by our team of Teacher Facilitators. We will be making this available for delivery across the sector in the coming months.

As with starting any new role, I’ve had a lot to learn since joining AYM. There are always challenges with any post but the fact that these film resources are so good has made shouting about them something I’m particularly proud to be doing!
If you have any questions about AYM, Furthering Talent or Practical Progression, please get in touch with me.

You can watch the films here.