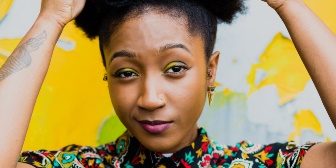 The official ceremony will take place on Sunday, 15 April 2018, and will see young people and artists from the city perform as part of the Closing Ceremony of the Gold Coast 2018 Commonwealth Games.

Film maker Daniel Alexander, rapper Lady Sanity and choreographer Rosie Kay are the first artists to be announced as taking part in Birmingham’s handover ceremony, part of which will be performed live in the Carrara Stadium, Gold Coast, Australia and part live from Birmingham. The global televised audience is estimated as one billion people.

How to get involved
Culture Central are now looking for 2,022 people, aged 16* – 25 to participate in the official handover event. Over two thousand people will come together in a large-scale event, in a secret city centre location, giving a glimpse into what the world can expect from the city as it hosts the games in 2022.

Culture Central are looking to represent the young and diverse population of the city region. Whether you are a trained dancer or are happy moving to a beat they would love to hear from you.

Choreographed by Rosie Kay, performed live, to a worldwide audience of one billion people, this is a once in a lifetime opportunity to show the world what Birmingham is made of!

Unfortunately, they are not able to accept submissions from people who cannot commit to the above dates.

All rehearsals and performances will be local to Birmingham City Centre. A travel bursary will be provided for rehearsal dates only.

*Young people aged 16+ may attend unaccompanied providing they are over 16 years old by 31st August 2017 and can present photographic ID and emergency contact information.

If you have any questions, please feel free to contact Zara Harris

Volunteer Opportunity
Culture Central are also looking for 60 volunteers to support the delivery of the mass cast rehearsals and live event, if you are interesting in volunteering please apply.