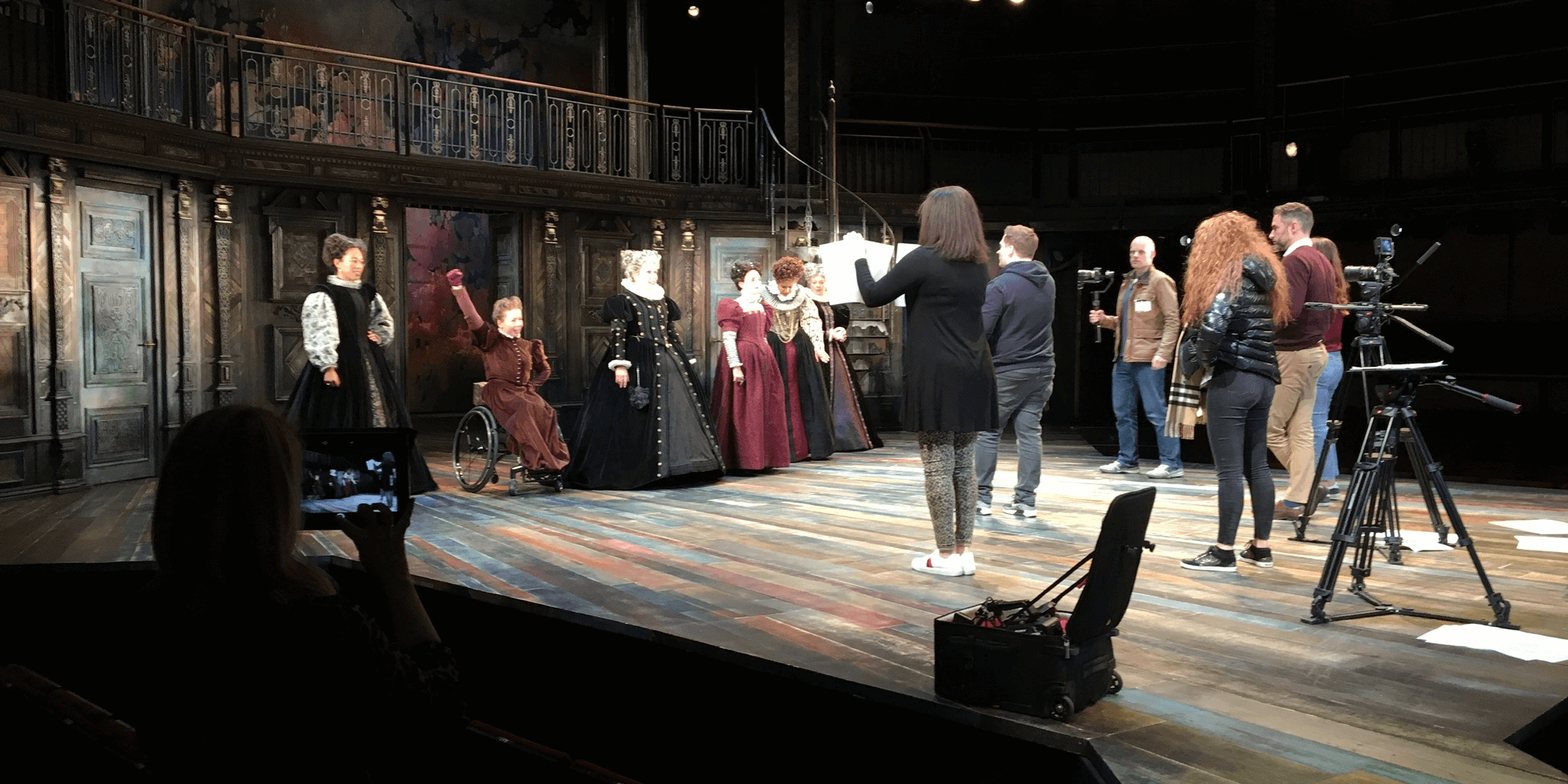 One of the most exciting parts of my internship has been being able to access spaces that I have experienced as an attendee or a participant from the other end. Last month I got the chance to spend 2 days with the marketing team at the Royal Shakespeare Company. I’ve visited the RSC 3 times before with different groups as part of their RSC Key programme, which gives 16-25-year-olds access to £5 tickets. Each time I was blown away by the incredible acting and diverse casting that made me feel represented and seen, despite the main audience at the RSC being majority middle class, over 40 and white. Visiting the RSC offices was a great experience. It demystified the idea that certain places were out of reach or inaccessible to me as a young black wxman.

Dr Ronx Ikharia an emergency medicine doctor and LGBTQI+ young people’s advocate says ‘You cannot be what you do not see’. Growing up as a young person who was head over heels for all things arts, I had no idea that there was a career and a life in the arts and cultural sector outside of being an artist. I had no idea what those spaces looked like and I especially didn’t see people who looked like me working in them.

It’s important that young people are given the chance to have fully rounded experience of the arts, not just as participants, audiences and tick boxes to prove to the Arts Council that you engage with ‘diverse’ people, but to give them a chance to see the nuts and bolts of how organisations work. To allow them to feel out and understand that the possibilities within the arts are endless and that there is a career for anyone who is curious enough to think about things critically and who has a desire to create.

While I was at the RSC I got to sit in on their seasonal review. I was given an insight into their key audiences, how they run different campaigns digitally, and offer brand activation in person (check out their animation trailer that was premiered at Birmingham games expo). I also saw how print supports their shows in-house and learned about the collaborations they engage in to attract new audiences.

The RSC is going the extra mile to bring diversity to the core of their casting – they recently cast Amy Trigg who is a wheelchair user & Charlotte Arrowsmith a D/deaf actor who delivers her role in BSL in two separate productions. This isn’t just surface level work that exists for click bait and changing brand perception, the RSC has also offered deaf awareness training to all of their staff which I had the opportunity to sit in on. The training was led by Memnos Costi from Able Media who is profoundly deaf. The whole session was led in BSL with an interpreter at the back of the room. We learned about D/deaf history and the fact that BSL was only recognised as an official language in the UK in 2003. We were taught about making theatre and arts experiences more accessible for D/deaf audiences, and about the ways in which able-bodied people need to be accountable in ensuring that their spaces are not alienating vulnerable people from having the same experience as everyone else – not as an afterthought but as a necessary priority.

gal-dem, an online and print magazine run exclusively by wxmn of colour and non-binary people have recently launched an internship that pays the London living wage and supports with accommodation in one of the most expensive cities to live in in the country. This is the kind of holistic 360-degree approach that ALL organisations – especially the bigger ones – need to be making so that financial barriers do not stop people from being able to access the job of their dreams.

I am not as naive to believe that just accessing the arts and cultural sector on a wider level is enough to shape the industry and truly engage POC (people of colour) young people from varied backgrounds.
Access isn’t everything. There is drastic work to be done involving dismantling the colonial bias and ‘unconscious bias’ that exist once people from those groups enter those spaces, but that is a story for another time…

For now, we’re celebrating the little wins. That differently abled people can see themselves on stage and having careers in the arts. That there are groups of people who are working to make sure that not having disposable income or massive savings, won’t stop you from applying to a job. That a queer black wxman from Birmingham was given the opportunity to see that a career that felt far away isn’t that out of reach. Whether it’s a trend or not – people from marginalised groups are seeing a crack in the glass ceiling. Slow progress is better than no progress. There are some great organisations making the much needed small steps to change to crack open the doors and ensure that a career in the arts doesn’t exist only for the elite.